grow your own wings

the day of my birth is the drowning man, waiting to be rescued.

to dethrone and kill god

how long have we leaned on this idea, that something, a being, another is coming to save us?
drank down in spoonfuls stories of salvation.
it is not that i do not believe in it, exactly.
i have believed in it from the beginning, actually.
it is all i was ever sure of.
that someone was coming, in love, on a horse, from above, with wings, from beyond with this force
so great
that would change everything.
set everything right. pick me up and lay me down.
hold us.
open me you we so ( i ) can do the thing we all desire: to leave the shell, shed the skin, so as to be seen and show a truth at once that cannot be unseen, through which everything and everyone is freed.
to stop betraying oneself to be liked, to stop betraying oneself under another's guise, guide. to show oneself as irrefutably exact.
it just seems we might want to disentangle from this notion. regardless of its truth, possibility: the notion that god is coming to save us.
this god is many things. this god is the bearded one this god is the faceless one, the one that comes in heart shaped chocolates the one on dollar bills the one who claims knowledge the one who claims power.
philosophy has been incontrovertible. not as in singular philosophies (under which i would also place religions and looser senses of ideology) but rather simply as the fundamental questioning of existence.
it has appeared obvious to me always because it has come easily to me, that we would ask questions of being.
but sometime ago i started to question even those (for it may really just be a singular question posed many directions.) not only what is the purpose or point but also what is the motivation, the obsession with posing the question in order to have the an answer to life?
is life, becoming and being, really some great question.
lately the gooey chrysalis has begun to take more shape. but then dissolves quickly again.
like the shape is giving hints of itself, flashes, a hologram coming into its own. an emergence in the dark and retreat in the day. maybe a cycle of the phoenix.
at least here, in this spot, meaning the day or the time of this reality stretching backward and forward as nearly we can remember or perceive, i wonder if questioning existence only leads to problems.
if we, singularly and collectively, were able to be, would that not solve the issues: not striving to change, not creating standards, not applying expectations. on ourselves, on others.
less questioning brings us closer to accepting.
i think this is true.
however, truths are conditional, circumstantial, their nature is formed by perspective: space and time.
we are here, where we are, now.
and where we stand, acceptance is at once the desire and the issue at hand.
accepting the state of destruction, through fear induced passivity and by accepting, empowering it to proliferate.
all while maligning the chance to accept the kaleidoscopic variance of form and expression of every being that could be loved and praised and held.
how did we end up with that?

i had taken for granted the idea that we all question what the point of being, being human, being human and alive, really is. i always thought, this is just what we do: question it.
then one day i thought, what is the point of all this questioning.
it took some getting through that thickness too:
the point of the questioning is that a soul in a body becomes each of us, and each of us has so much - though others may not be, i am willing to say infinite- potential. ceaseless reservoirs of power, capability. of complicated strange beautiful combinations of form function feeling and spirit that ever generate irreplicable ways of moving and making and conceiving.
were there a blueprint, a rule book, given from something greater that was from an irrefutable source, we would have direction, the vastness of potential would not be so daunting.
we would finally know ourselves and thus not have to wander through this haze of internal and external doubt, resistance, trial and error.
so so so we seek a god, the god, our god to tell us what to do.
and what i am beginning to believe is that the god is us.
both / and the notion that god is inside of us, because what we are is inside of us.
but the god has been externalized, outsourced. as though it is something that happens: to be chosen to express the source, but we are the source.
individually and collectively.
that "being chosen" that is our whole problem.
all these gods that we carve out and write down and cling to and turn away from and meld and wield, all the while, we wait. we wait on them to come while looking at the sky and going blind by the sun. we wait and wait and put it off and hope that they will / it will/ he will come.
there is no HE coming.
this is certain. i can promise you this.
we flow into and out of the source thus we are the source that the universe comes through to this place: earth as it were, this plane of time as it were.
i laughed when they said to dethrone and kill god.
i still laugh, it is funny when they televise it. when they shake. when they spin it as fear.
when they do not even believe in a god. when they do not know, believe in themselves.
but as i laughed i started to realize: to dethrone god. to kill god.
may be what we are after.
the unknowable god is in a book, is fiction. is lead by another's vision of collective purpose to which no one can speak. the unknowable god cannot be. there is no singular purpose. which is what we desire because it would be easier to know how to identify and access ones personal power, where to apply it.
the unknowable god was meant to be a metaphor (or if not its original intent now can be) to show you how to be the knowable god, the god that is you. the god that is human. that cannot be replicated only exist and expressed exactly as you are and can be.
but the unknowable god became too real and too powerful under the hands and tongues of men who wanted to be gods over more than just themselves.
who decided it was not enough to be their own god
and let all others do the same.

so the rest of us tread water, slowly drowning waiting to be saved by another, with more power, waiting on omnipotence to save us collectively, romance individually.
looking to the sky instead of looking inside.
we look to a god to tell us who we are rather than looking to ourselves to know.
grow your own wings and fly out of the water, dive in when you want to.
i have discovered two places on my body that do not loosen when shaken, like all the others:
my feet, the whole of which do not move within and under the skin when i roll them around on each connecting ankle, toes do not knock like fingers and soles to not curl, fold or cramp as palms.
the other place is the flat plane between my shoulders. while my arms can writhe and bend and shake in many places, pulled forward and back circling round in sockets, my spine slithers in places and twists far enough, my waist rolls and rotates. that place between the blades of my shoulders stays flat. unshakeable. i can barely reach it to clean it and it is also the most difficult to crack.
that is the place where my wings grow in.
this is not for denying humanity.
this is not for denying personal humanity.
this is not for denying others their humanity.
this is not transcending humanity to immortality.
not in the olympian sense.
this is for transcending the confines we have set around the possibilities of being human.
for transcending what they tell us we are incapable of being.
it takes total dissolution
to grow your own wings
the more one dissolves to take new shape
the easier it is to find your form again.
i guess you risk never finding it the first time
but that seems where we are now.
in bodies and forms that limit us, too afraid to dissolve, sold the idea that it is impossible to find our way back. the glitch in that thinking is that one should dissolve and be able to reform exactly as one was before, the fear that you cannot. but what if we were to desire that we took new form each time.
what if we trusted our own so god deeply and truly to the center of every molecule, that we could be any form and know ourselves.

physical growth takes a time that perceptual growth can step over and through to the other side of almost instantaneously.
so for now grow your own wings may be a metaphor but boundless perception means boundless possibilities.
and the whole point of being a god is to not discount possibilities. 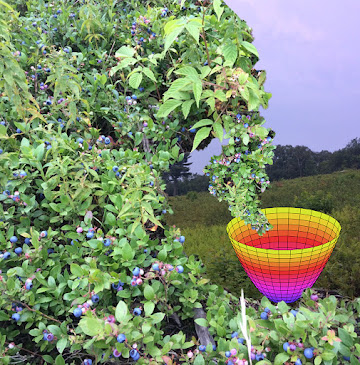 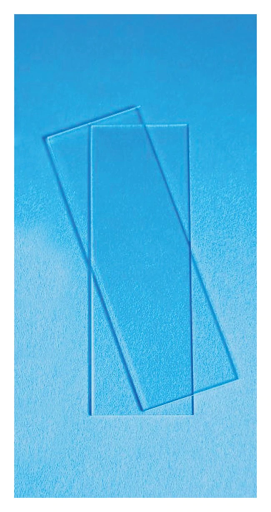 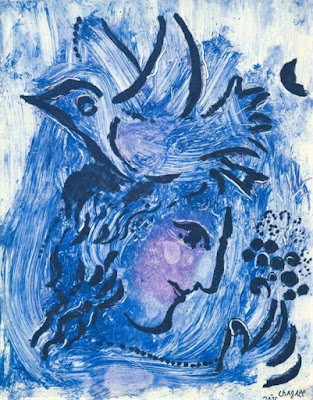